Danish archaeologists have excavated the streets beneath Ribe to discover how the first city of the Viking age was established.

If you want to know anything about the Viking Age, Ribe, in west Denmark, is the place to go.

Archaeologists from Aarhus University and Southwest Jutland Museums (Denmark) have been excavating the Viking city as part of the Northern Emporium Project in minute detail.

We have dug down to three metres, where we find traces of the first cities of the Nordic region.

Thousands of items discovered beneath the streets of Ribe

Deep beneath street level are thousands of Viking finds. We have discovered everything from beads, amulets, coins, and lost combs, to dog excrement and gnawed bones.

We have also been surprised on several occasions, such as when we discovered a piece of a lyre (a harp-like stringed instrument), complete with tuning pegs. This discovery alone gives the Viking trading city of Ribe a whole new soundtrack.

Another extraordinary find is the discovery of runic inscriptions.

Interesting as this is, we have been looking for something completely different. What makes Ribe special is that this is where a city emerged. The people who lived here weren’t primarily farmers for household purposes but were craftsmen, seafarers, tradesmen, innkeepers, and maybe even lyrists.

We have known about the existence of the early period of Ribe for many years but excavating the deep layers to study this early period is expensive and time-consuming. Earlier excavations have therefore focused on smaller areas. However, two years ago the Carlsberg Foundation joined the excavation with the funding that made it possible to start a new and bigger excavation.

Meanwhile new methods of archaeology, including 3D laser surveying, DNA research, and soil chemistry, allow us to tease out new information from the site.

These ‘high-definition’ methods were developed by the Centre of Excellence for Urban Network Evolutions (UrbNet) funded by the Danish National Research Foundation.

How is a city established?

The early period of Ribe is a riddle: How was the city established in a part of the world where no one had ever lived in a city before? That is the question our excavation tried to answer. 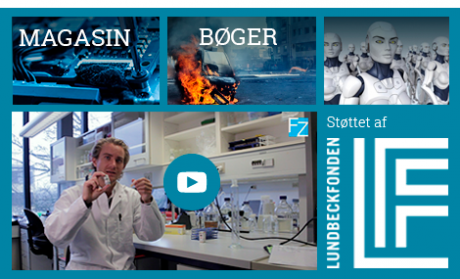 Once lost archaeology revealed by satellite images and aerial photography

Find out more about the ResearcherZone

Clues from earlier excavations were difficult to interpret, and scientists discussed whether Ribe was simply a seasonal market town for generations before people started to settle there more permanently.

One of the most important discoveries was that solid houses existed in Ribe only a few years after the earliest activities in the area, no later than the 720’s CE.  This suggests a more or less resident population - that is a population of trade and craftsmanship in the area, an urban community of sorts.

The development of Ribe layer by layer

In the Ancient Middle East and Ancient Mediterranean the cities were placed near each other each with their own temples, palaces, markets and city walls. Each city was at the centre of the surrounding area. Yet early period Ribe and the next closest city were hundreds of kilometres apart.

On the other hand it’s evident that people visited the city from far away. It was a city that lived by its networks.

Networks of trade and information are crucial to city life throughout history. But it is a lot harder to observe networks in archaeological excavations than it is to dig up city walls and monuments. In this regard Ribe has an ace up its sleeve: the oldest layers of the city are untouched and this makes it possible to uncover the city’s history decade by decade. In doing so, we can see how the city’s networks developed.

Ribe contributed to the creation of the Viking Age

Ribe was an ideal departure point for sailing ships and it’s development depended on them., Around 700 CE, when Ribe was beginning to develop, maritime traffic at the North Sea was in its infancy. But by 800 CE, when the Viking Age is traditionally said to have begun, the sailing ship had its breakthrough in the North.

Commercial cities like Ribe with their extensive networks, were crucial in the sailing revolution, as the ships were used to trade the cities’ goods with the rest of Scandinavia. And in that regard, Ribe helped create the Viking Age as we know it.

In Ribe we see this change in the remains of workshops. These finds are the real scoop of the excavation. Time after time we get a close-up look at the earliest city-dwellers in the North and the crafts that made them special.

Networks of the craftsmen and the first globalisation

The craftsmen of Ribe depended on the city’s network both for access to raw materials and to sell their wares. We have found evidence of many trades: ironsmiths, amber workers, leather workers, comb makers, and jewellers, who worked with pewter, lead, copper alloys, silver and gold.

Initially, comb makers, who made intricately decorated combs and other tools from antlers, used local supplies such as antlers from stags. This changes around the beginning of the Viking Age, when they start using antlers from reindeer, which must have been imported from Norway.

The network of the bead makers changes just as drastically. In the oldest layers we find evidence of several smaller workshops, each only in use for days or maybe weeks. The raw material – colored fragments of glass – must have originated far from Ribe and it’s clear that each craftsman brought a slightly different range of colours.

The bead production continues for a couple of generations with the style of the bead changing according to the fashions of the day. However, the production stops around the emergence of the Viking Age. Instead, mass produced beads from the Middle East start arriving in bulk. The bead makers of Ribe are the first craftsmen in Denmark to be ousted by globalisation.

Ribe developed an impressive network in the Viking Age, but it was not yet global. This is indicated by several findings.

Analysis of the glass used by the bead makers shows that the glass originated in Palestine and Egypt. However, it was already several centuries old when it arrived in Ribe and so it must have been taken from old Roman mosaics, probably in Roman cities such as Cologne or Trier.

We also found a roman carnelian gemstone decorated with the picture of Venus, which had been forcibly removed from the gold ring it must have decorated.

Apparently, the gemstone was of no interest in Ribe. But the gold was. The raw material of the first goldsmiths in Ribe was very likely comprised of objects like these looted from Roman graves.

Other findings point in the same direction. A fragment of the ornately decorated Roman ceramic, terra sigillata, must have been picked up at a Roman ruin or grave and brought to Ribe as an amulet or souvenir. Even though these things originate far away they may have been brought from relatively nearby.

Findings show that the first city of the North appeared before trade with the Mediterranean and Middle East was established. It was another network that kick started the development of Ribe. The results of our excavation will no doubt tell us more about these origins in the coming years.

Read More: Danish Viking fortresses were designed to fend off other Vikings

An epic expedition to the Viking Age

Wrapping up a big excavation like this is not the end. We have come home with bags full of samples, data, and discoveries that we have not yet had time to unpack and study properly. Many of the most important results are probably yet to come.

Now, we need to hit the laboratory, where we’ll spend hours and hours analysing samples to trace the activity in the city’s earliest houses. Terabytes of survey notes need processing and analyzing. And the network of the craftsmen needs to be mapped after analysing the materials and isotope studies.

The Northern Emporium-expedition to Viking age Ribe has gathered materials that will be used by scientists for many decades to come to answer age-old questions and hopefuly some new ones.

Read More: This tiny ornament may have belonged to Harold Bluetooth’s shaman

All in all, the project “Northern Emporium” has excavated about 100 square meters of cultural layers in the heart of the oldest Ribe.

It will set a new standard for archaeological research of cities through the development of field methods that include geochemical element analysis, micromorphology, and dynamic, electronic methods for documenting the excavation.

The project is sponsored by the Carlsberg Foundation. It is completed in close collaboration with the Centre of Excellence for Urban Network Evolutions (UrbNet) funded by the Danish National Research Foundation and the Museum of Southwest Jutland, which is responsible for the archaeology of Ribe.

The project will be continuing the analysis and publish the thousands of finds and observations in the coming years.

A deep hole containing human faeces has been discovered at a Viking settlement in Denmark. Is this Denmark’s oldest toilet?

A tiny dragonhead illuminates life in a Viking trading town

This little head dates from the Viking Age and was produced in unique style.

Archaeologists and historians clash with geneticists over Viking study

Geneticists and biologists are increasingly involved in historical research. But as the new boys on the block, collaborations do not always run smoothly.

Archaeological breakthrough could solve the mystery of Greenland’s Vikings

Archaeologists develop new method, which might finally tell us why the Vikings migrated to Greenland.