Arctic plants may be tougher than you think

New study reveals how plants in Greenland were able to not only survive a devastating caterpillar outbreak in 2011, but actually thrive as a result. Much to the surprise of scientists.

Imagine an Arctic landscape, the tundra stretching out as far as the eye can see, littered with delicate Arctic flowers. No trees, just a carpet of small dwarf shrubs, sedges, and grasses that grow no more than a few tens of centimetres in the cold, unforgiving landscape.

It sounds like a vulnerable and fragile system. But a new study published in the scientific journal Ambio shows just how tough these little Arctic plants can be.

In 2011, disaster stuck at Kobbefjord just outside Greenland’s capital, Nuuk.

In the space of a few months, an outbreak of caterpillars decimated the vegetation all around the site leading scientists to believe that these tiny slow-growing Arctic plants would never recover.

The caterpillar attack was caused by the nuctid moth, Eurois occulta. 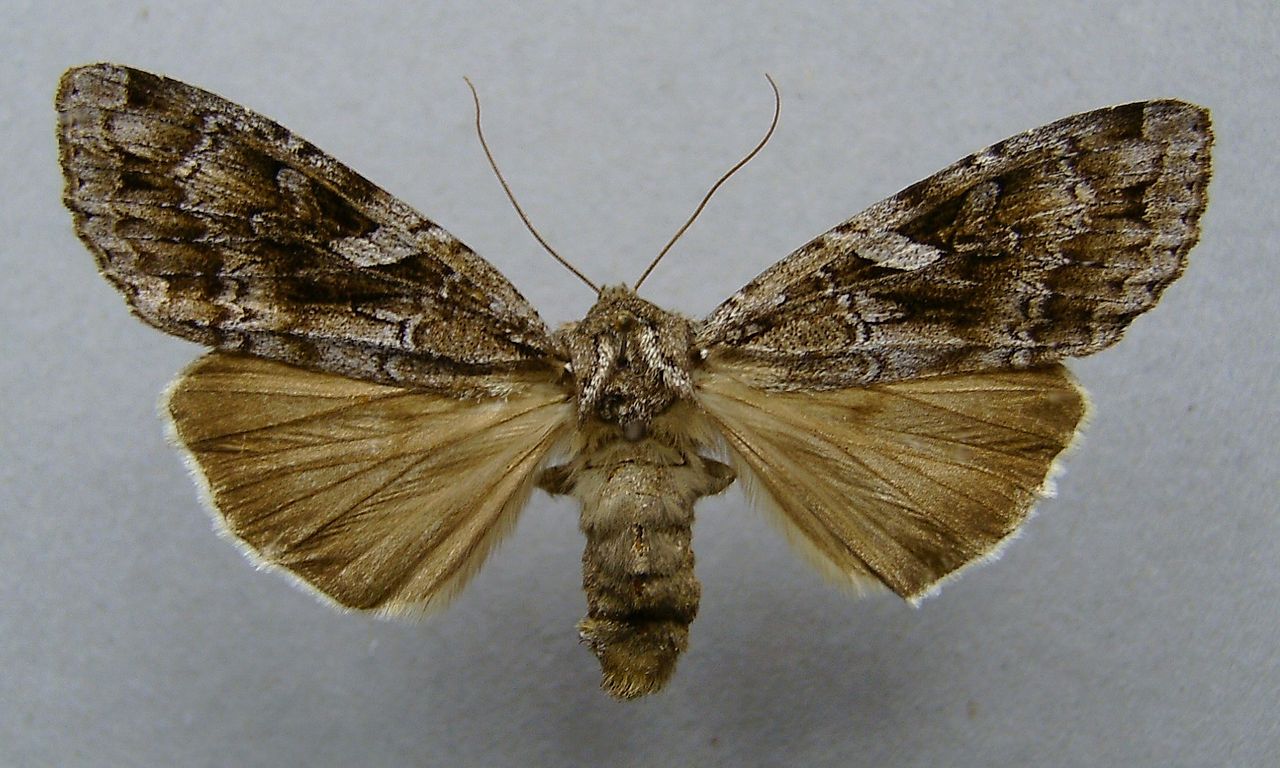 There is no warning before an attack as the moths lay their eggs between rocks and mosses hidden from view.

But then something unexpected happened. Not only did the shrubs come back into leaf in the years following the attack, they came back greener and brighter than ever before.

“During an outbreak you can’t put your foot down without treading on a caterpillar. They’re just everywhere,” says co-author Katrine Raundrup, a PhD student and research scientist at the Greenland Institute of Natural Resources.

“We thought that the plants had been so stressed that they wouldn’t be able to regenerate, but it turned out to be the opposite, because they really did come back,” says Raundrup, and adds, “the tundra might be much more robust and resilient than most people think.”

Read More: Take a tour of an Arctic monitoring site

In a normal life cycle, plants like the Arctic willow will bud, flower, and then wilt. But this normal reproductive cycle did not happen in the two years following the caterpillar attack.

“They hardly produced any buds or flowers,” says Raundrup.

The caterpillars did not attack all plants.

The crowberry escaped from harm as its leaves are tough and contain compounds that the caterpillars cannot digest. 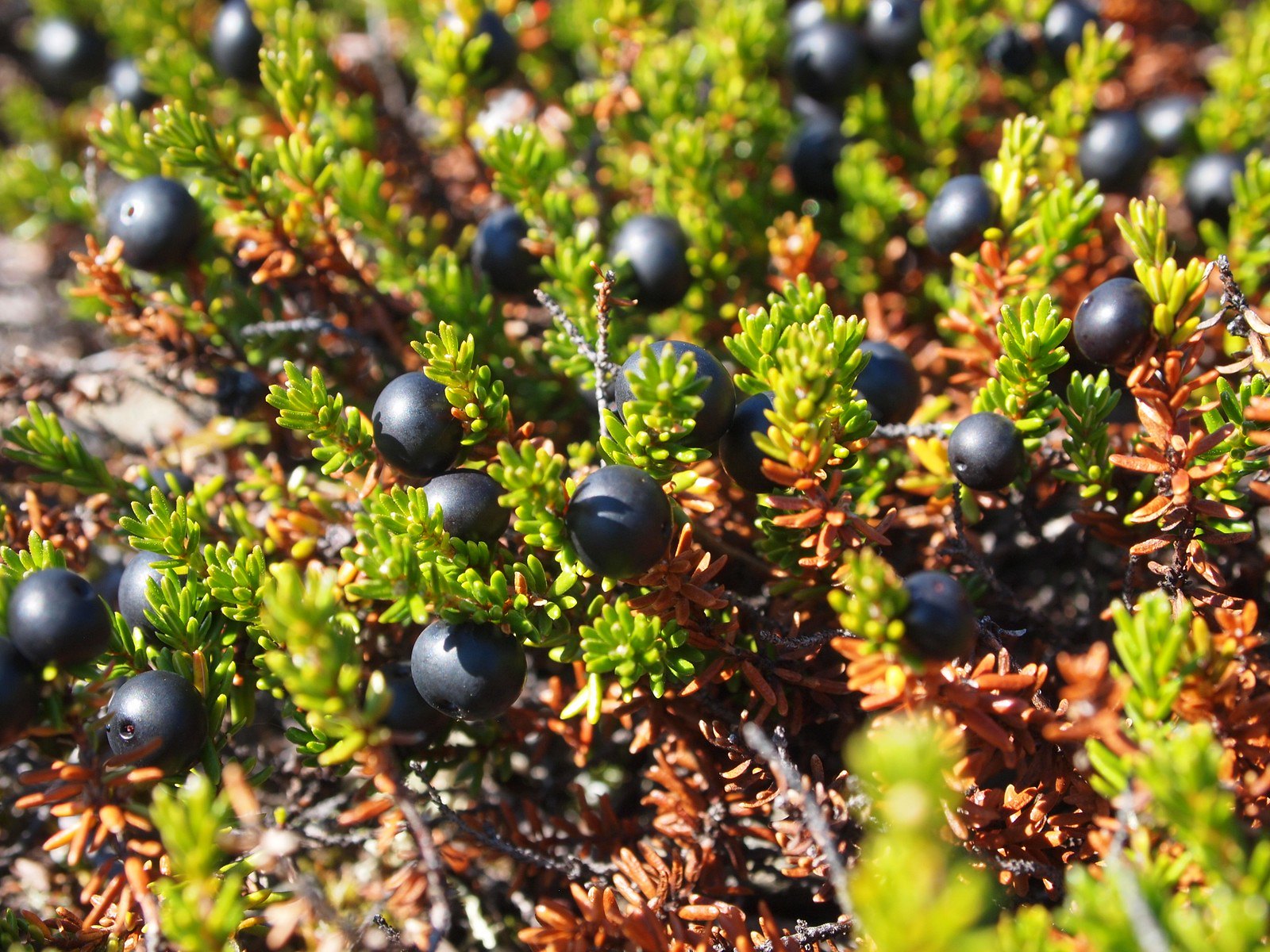 Instead of investing their energy in reproduction, the willows invested it in growing lush, green foliage.

Pictures taken of the vegetation around Kobbefjord and image analysis of satellite photos of the area confirmed that the plants grew back so well that they were visibly greener and fuller than before the attack.

“This is a total contrast to outbreaks in Boreal systems, where insect pests can actually kill the forest,” says ecologist Jane Jepsen, a senior research scientist at The Norwegian Institute for Nature Research (NINA), Tromsø.

It depends on both the species and environmental conditions throughout the moth-larvae life cycle.

These outbreaks may be regular occurrences in Greenland, in which case the vegetation might be used to them and they may even facilitate rejuvenation in Arctic plants.

“In Boreal forests, including our forests in Scandinavia, we get massive mortality and there are more long-term effects of these outbreaks. But here it’s actually very short, and they actually fertilise the system,” says Jepsen, who was not involved in the new research.

“But [in this study] it comes at a cost, because even though the plants grow better in the year after the outbreak, they don’t produce reproductive organs—the catkins. So there’s a cost, at least in the short-term,” she says.

The extent of the damage caused by the caterpillar outbreak can be seen in photos taken before and after the attack by an automatic camera overlooking the field-site in Kobbefjord.

The caterpillars feasted on grasses, sedges, and shrubs like the Arctic willow and dwarf birch to such an extent that they even disrupted the local carbon cycle.

“There were some immediate changes in 2011 due to the caterpillar attack, as the foliage was almost completely destroyed. That meant that the CO2 that the vegetation normally harvests from the atmosphere and incorporates into the soil almost stopped. So there was no build up of CO2 in the soil that year,” says Raundrup.

The scientists monitored how much CO2 was exchanged between the soil, plants, and the atmosphere before, during, and after the attack. They estimated that over the entire 32 kilometre square site, somewhere between 1,210 to 1,470 tonnes of carbon remained in the atmosphere as a result of the damage caused by the caterpillar attack.

That is equivalent to the fuel burnt during six round flights between Beijing and New York on a  commercial airliner, according to the International Civil Aviation Organization’s carbon calculator—an eye-watering amount of carbon for such small plants, most of which are barely ankle height.

Read More: Scientists risk their lives in the wilds of Greenland

Raundrup and her colleagues were ready to write up the results of how the local carbon budget in Kobbefjord had been so disrupted by thousands of rampaging, hungry caterpillars. Until they noticed how the plants rejuvenated in the years following the attack.

They continued to monitor the amount of CO2 exchanged between the plant, soil, and the atmosphere—this too seemed to recover.

“Because the plants produced a lot of leaves, they then incorporated lots more CO2—much more than ever measured before,” says Raundrup.

The additional photosynthesis of all these new leaves more than compensated for the CO2 that was “lost” during the attack in 2010 and 2011.

“It’s one of the few studies to document the implications of insect outbreaks in tundra environments,” says Jepsen, who is impressed by the ability of these tough little plants to regenerate. “Even though an outbreak is a devastating event, it’s actually also a fertiliser,” says Jepsen.

Scientists do not know exactly why these outbreaks occur. And the new study does not yet offer any significant clues as to how often such events occur in Greenland, as this is the first extensive study of such an outbreak on the island, although outbreaks are known to have occurred before.

One thing they do know: insects are moving north and expanding their geographical range as the Arctic becomes warmer due to climate change.

“These insects are controlled by ambient temperature, they don’t produce their own heat. That means that insects are one of the organisms that respond more quickly to climate. They’re a good indicator you can say, of climate change in the Arctic,” says Jepsen.

“Of course with milder temperatures, conditions will often improve for insects and affect both their development during the season and perhaps also their geographical area, allowing them to survive and reproduce. So we could expect that with an increase in temperature, they’ll be an increased area affected by insect outbreaks,” she says.

Take a tour of an Arctic monitoring site

GREENLAND: Explore how scientists in Greenland are monitoring environmental change in the Arctic with our interactive map of the GEM-monitoring site.

Arctic moth turns up after 140 years

Norwegian researcher found a living specimen of a small grey moth presumed gone from Svalbard. He thinks this demonstrates how poorly charted parts of Norway’s polar archipelago are.

GREENLAND: Global warming is making Arctic plants release compounds that might help cool the planet. But don’t expect it to outpace global warming.

Climate change is having a more profound effect on alpine vegetation than at first anticipated.