Why we need a modern origin story today

Big history is the story about how the world came to be as it is. Now, as we need to manage the entire planet, we need to know an origin story more than ever.

David Christian, Professor in the Department of Modern History at Macquarie University in Sydney, Australia

And I now believe they should be an essential part of modern education, particularly today, as we humans begin to understand that we now face the task of managing an entire planet.  That will be the life-challenge for a younger generation.

We need a deeper understanding

But how do you prepare to manage a planet, with its huge variety of plants and animals, of seas, winds and rocks, and a history that stretches back four billion years?  Having a lot of detailed technical knowledge is not quite enough. You will also need a sense of how all that knowledge fits together, of how human actions are affecting the atmosphere and other species, and of how our planet has maintained a safe space for life over almost four billion years.

In fact, you will need a deeper sense of how our Universe works and what it is that we are all part of.  You will need something like a modern, science-based origin story that can hold all knowledge together, and help you understand your place in the larger scheme of things. 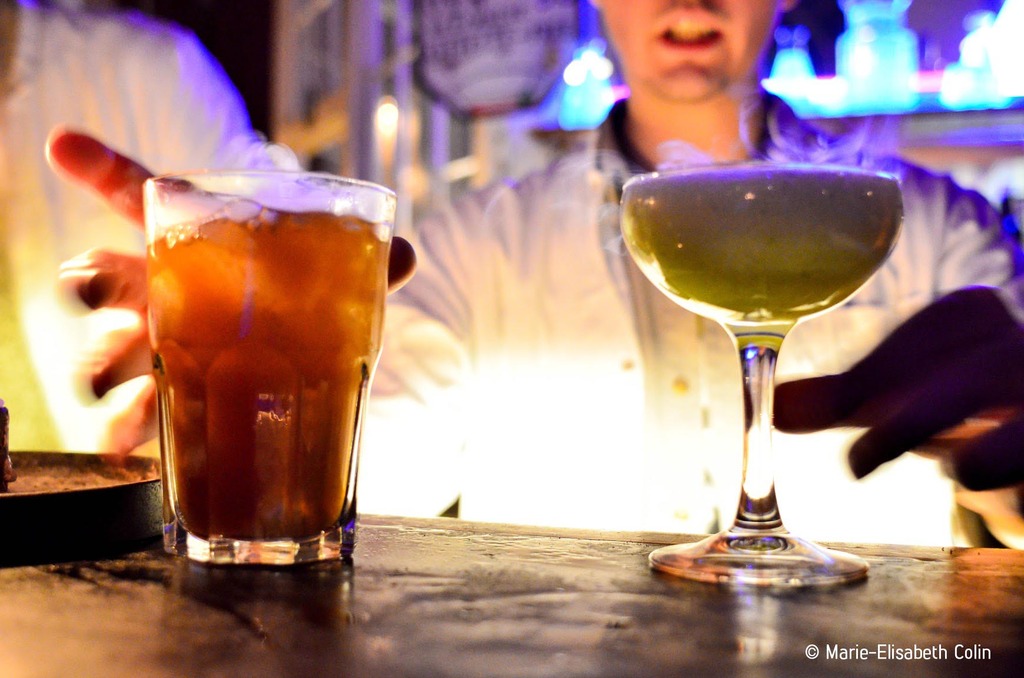 A story about everything

Tuesday the 19th of March in Copenhagen, David Christian is giving a free talk at Science & Cocktails.

The title of his talk is ’The History of Everything: Why do we need a Modern Origin Story?

Read more here and see what Science & Cocktails has to offer this spring here.

Origin stories lie at the heart of all the great religious traditions. And even in societies without written traditions, teachers would assemble and condense the best available knowledge in all areas of life, and present that knowledge in accessible ways to young people.

Origin stories have always been the heart of education because they helped young people get a clearer sense of what they were part of, what roles they could play in society, and what challenges they would face in the future.

The task of developing a modern, science based origin story has engaged scholars ever since the Enlightenment.  But science was new and raw in the eighteenth century, and the task of putting it all together proved more difficult than many expected.

Then, sometime late in the nineteenth century, in country after country, scholars and educators decided that it was easier to break knowledge into specialist disciplines and work within their borders.

Today, we live in a world in which knowledge and teaching are so compartmentalized that we have lost confidence in our ability to see how it all fits together. But within the disciplines, from cosmology to geology and history, so much knowledge accumulated in the twentieth century that the time has now come to construct a new, science-based origin story. That is what big history tries to do.

The story still has many gaps and uncertainties, but it is now detailed, rigorous and rich enough to provide us with the guidance we will need as we humans take over the task of managing planet earth.

What does the story tell us?  It tells of a universe that appeared almost 14 billion years ago, and is still young and energetic enough to create all sorts of exotic new things from supernovae to sea slugs to smart phones.  The story tells how, step by step, more and more complex things appeared.

The beginning of everything

At first it was all quite simple.  Think of a thin mist of hydrogen and helium atoms with light and energy streaming through them.  Then, slowly, new things appeared, beginning with stars: huge, dense, glowing balls of gas and energy that poured streams of energy into the space around them.

As they died, stars also created new chemical elements, and in inter-galactic space these formed new types of matter such as rocks and ice and lumps of iron. Gravity gathered these exotic new materials together around young stars to form new structures: planets, moons and asteroids.

These were chemically and geologically more complex than the stars they orbited, and some provided ideal conditions for rich chemical experimentation.  Planets like the young earth contained such so many different elements, and such perfect environments for chemistry, that atoms combined in more and more complex ways until life appeared, almost 4 billion years ago.  It certainly appeared on planet earth, and it is a good guess that it has appeared elsewhere, too.

You can see a short, 18 minute introduction to big history in a TED talk David Christian gave in 2011 (Video: TED Talk)

Over 4 billion years, life evolved and diversified within the safe cocoon of planet earth and its oceans.  Quite recently (a mere 500 million years ago), it began to spread on land, transforming the rocky, dusty surface of the continents into the rich, green landscapes we know today, with their endlessly strange and beautiful freight of plants and creatures.

But the cocoon of life was fragile.  It was vulnerable to crashing asteroids, to vast outpourings of gas and molten lava from inside the earth, to erratic heating or cooling of the atmosphere.  Several times, life nearly died out. And many astrobiologists now believe that life may have existed and then died out on our close neighbours, Mars and Venus.

We shape the future of planet earth

Then we humans appeared.  We were the first species in four billion years that could learn collectively, and add to our knowledge, generation by generation.

We could do this because human languages are so powerful that humans can share what they learn with great precision and in large amounts.  And those ideas can then get stored and added to within the collective memory of each community.

Humans exchanged and accumulated ideas over several hundred thousand years, faster and faster, until, today, we know so much about our environment that we are transforming the earth’s surface, its oceans, its atmosphere and the living organisms with which we share it.

What we do in the next few decades will shape the future of planet earth and all its species for millions of years.

Big history can teach us how to act

But the problem is that we do not fully understand what we are doing or how the complex system of planet earth will react.

Do we have enough understanding to protect the fragile cocoon of the biosphere? Can we manage it well enough to ensure a good future for our own grandchildren and their descendants, and for all the other species with which they will share the planet?

I believe we can, because we know so much and learn so fast.

But things are speeding up and we will have to learn fast. And a key part of that learning will be knowledge of our modern origin story, because it can help us see the tasks that face us today, and face them with courage and intelligence.

Read this article in Danish at Forskerzonen

Here's how you can propagate your squash plant

Research on lubricants shows that the vast majority of people are more satisfied with intercourse when they use a lubricant.

Why are fences so provoking?

Fences are not only a convenient tool for structure. Fencing also tells a story about power, exclusion and social dynamics.

Gps-signal, fridge and gardening: The many weird features of animal venom

What does the shrew, the Western Diamondback Rattlesnake, and the Tawny Crazy Ant all have in common? They use venom in weird and unique ways.

Here's how you can propagate your squash plant

Research on lubricants shows that the vast majority of people are more satisfied with intercourse when they use a lubricant.

Why are fences so provoking?

Fences are not only a convenient tool for structure. Fencing also tells a story about power, exclusion and social dynamics.

Gps-signal, fridge and gardening: The many weird features of animal venom

What does the shrew, the Western Diamondback Rattlesnake, and the Tawny Crazy Ant all have in common? They use venom in weird and unique ways.